I started writing this blog after the death of my late wife of 35 years, as a means of both coping with that terrible loss after a very good marriage, as well as a mechanism to write to others in similar situations of loss and let them know how I cope with things and maybe (maybe?) bring a bit of hope to their own dire situations.

Wow! What a long-winded, one-sentenced, horribly depressing way to open this blog entry, huh? Oh well, if you’ve been following me for any length of time I expect you’ve learned to lower your expectations by now ….

But, the reality of my current life is anything but depressing! What started out as a detailing of the life of a widowed NJ musician has morphed into a fantastic celebration of new love, new family, living a new lifestyle in the State of Georgia. And, as we get ready to close out yet another year, I find myself marveling at my incredible luck and good fortune as I completely settle into my re-vamped self housed here in the South … y’all … (it’s taking a while to adopt the local folk-isms, but “y’all” is simply too easy).

Since July of 2016 I have been chronicling my development as I met and courted Sheila via long-distance (Jersey-to-Georgia, hence blog descriptor), relocated south to live with her, blogged ad naseum about getting engaged and ultimately married, and then proceeded to follow through as we settled into our new lives as a married couple.

All of the above serves as a quick background to the real purpose of this posting (I can just hear y’all saying, “About time, you wordy blabbermouth …):

Pretty much this entire year, I have felt like I belonged here and I’m no longer just some visitor from Jersey. If someone says they are from Dahlonega, I know where that is. I know where Flowery Branch is, too. And Centralhatchee & Chattahoochie, as well. When someone is talking about Atlanta and they say “The Varsity”, I know what, and where, that is (hot dog behemouth). Or, if they reference “the Big Chicken”, I know that’s a fast food chicken (KFC) place in Marietta with a giant chicken (no, really G-I-A-N-T chicken) in front of it.

When I moved to Georgia, one of the very first things I did was buy some used t-shirts at the local Goodwill outlet that either said Georgia or Atlanta or Falcons or Braves in my thwarted attempt to appear to belong here. Of course, not knowing Dahlonega or Centralhatchee or Varsity or the Big Chicken always immediately blew my cover. And I know what you’re thinking right now … “Yeah, like that Jersey accent wasn’t already giving you away”

But now, at the end of 2018, I’m all Georgia!! Of course, Sheila laughs at that statement because she knows better, but I can pass myself off as a Georgia resident, and especially being in the greater Atlanta area since there are so many transplants here. I do Georgia stuff, like pull over to the side of the road and stop when a funeral procession is driving by (regardless of the direction it may be going). It’s a sign of respect down here, I completely agree with the sentiment, and I’m all Georgia now. So I pull over. In Jersey, a funeral procession is a major P-I-T-A and cars will do whatever they can to get around it, past it, or through it.

I do other Georgia stuff, too, like always hold doors for ladies or hand them shopping carts (or buggy’s down south), then just saunter along behind them while they slowly meander down the aisles. Of course, that’s just being polite … but when you come from Jersey, where they would just as soon slam the shopping cart into your heels if you’re moving too slow, being polite is a big change for me.

I stopped swearing/cursing just about the time I came down here. I’ve come to appreciate how nicely you can substitute “dang” or “dang it” for other adjectives of a much less pleasant tone. And, “Bless your heart” is the absolute nicest way of saying “you’re an idiot”, rather than other unpleasantness used elsewhere. These substitute declarations are equally satisfying, once you become all Georgia, like me!

Now, I wear an Atlanta Falcons shirt not as a disguise, but because I’ve come to accept that the Falcons are as chaotic and lousy as the NY Giants are. It’s like the Giants followed me here to Georgia and brought their heart-wrenching style of play with them. Instead of being in blue, they wear black. Stink just as bad, either way, but now it feels more like home.

Seriously, I’m all Georgia … no matter what Sheila says …

When Sheila and I first met we were both grieving over the losses of our respective spouses (they died about 2 weeks apart). As we phone-dated (check back into some older blog posts for that info), ultimately deciding that a move to Georgia was preferable to a move on her end to Jersey, I relocated and moved into Sheila’s beautiful home.

As anyone who has been in this position can tell you, when you “blend” two households it is inevitable that the “relocatee” (just as a reminder, I have zero problem using non-words like relocatee) will feel like he/she is stepping in the footprints left by those who were here before. Early on I was very tentative in this much-larger-than-what-I-was-used-to house, but now I totally feel like this is my house, too, not like I’m living in Sheila’s house.

Of course, every now and then I get a “ghostly reminder” from her late husband, who I swear left booby-traps all over this place … go to move a rake and all of a sudden a shelf falls down scattering junk all over the place, for example … I just say to Sheila, “Frank said ‘Hello’ to me again today”.

We’ve also become “Sheila & Ed”, as opposed to “Sheila & that guy”.  Truthfully, we do feel like we’ve known each other forever and I’m pretty sure that comfort level is very evident to those with whom we interact routinely. Early on there would be situations/circumstances where I felt like an outsider, even with Sheila’s fine considerations to make me feel included. But now? We’re Sheila & Ed.

We’ve discussed this at some length, realizing that this phenomena is mostly experienced by the person moving in, not the one who is simply making room for the newbie. However, now, at the conclusion of 2018, I belong here. This is our house, these are our friends, we go to our favorite restaurants, we belong together. So, if Frank chooses to have a paint can booby-trap whack me in the noggin, I can live with that … it’s very well worth it.

My brother, Tom, died in September at the age of 65, the very first of my siblings to leave us. Tom had been battling cancer, again, so when he did go it wasn’t really a surprise. But no less upsetting and heart-breaking, just not a surprise. I spoke at his Memorial and told stories of the 6 Goode kids growing up, remarking that I’ll now have to realize that it’s the 5 Goode kids, and how much I’d rather it still be 6 instead of 5. I’ll miss him deeply, as will his wife Lily and his kids and everyone he touched during his time with us.

One of real, true and heart-felt joys of my new life here in Georgia is being accepted into my “new” family. In spite of the awkwardness of having “that guy” from Jersey moving into Grandma’s house, my new Georgia family opened their arms and hearts and made me feel welcomed immediately. As referenced above, initially I always felt like I was “filling in” a previously occupied slot, but this beautiful extended family here in Georgia has let me know that I belong.

Three of Sheila’s grandchildren live directly across the street from us, along with daughter Shauna and SIL James. This close proximity is very much desired by everyone and has made becoming a part of the “family” even easier. We get to see these kids (grown ones and little ones) just about every day. And, we go on vacation together, which in 2018 included a cruise to the Bahamas as well as two separate stays in Destin FL. I get great enjoyment speaking about them and calling them MY grandkids, too, because that’s exactly how it feels.

One sister lives about 5 minutes away, the other lives about 45 minutes way. Their spouses and children’s families (and now a new grand-nephew) are all kind of local, and are now all part of my new family. Sheila’s son & his family live in Utah, my daughter and her sig other still live in NJ. Both Sheila and I lost sons to very premature deaths, a common bond we hate to have, but love being able to discuss it with someone who “gets it”. And I still have a large family in NJ, who I do miss but we do get to see them now and then.

So as I bring 2018 to a close, I find I’m fully settled into my “new” life here in Georgia. All of the really great stuff with Sheila remains really great, maybe even better than ever (if that’s at all possible). The things that are very important to me, like family and music, are all much more satisfying than they have ever been. I’m grateful and thankful for blessings that I never expected 3 years ago, and that is after having already had a blessed life.

Thanks to Sheila, all of these new gifts have come into my life. This Christmas season was, perhaps, the best ever for me, and I’ll be eternally grateful to her for all she has done.

Here are some pics of our amazing Christmas celebrations this year! Sheila and I wish you all a blessed and successful 2019! 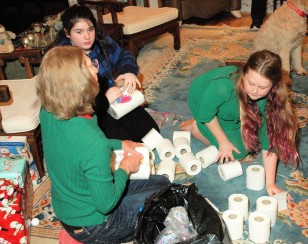 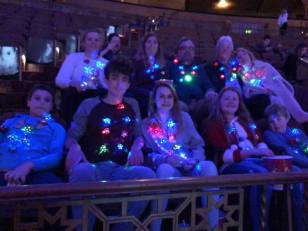 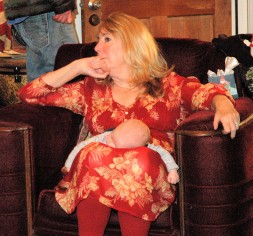 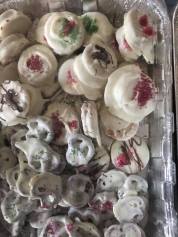 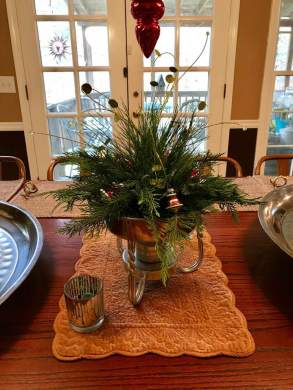 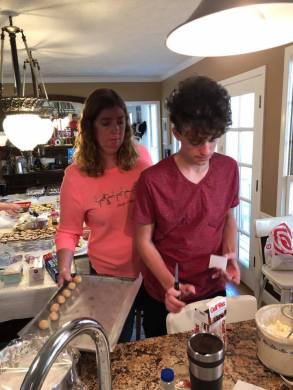 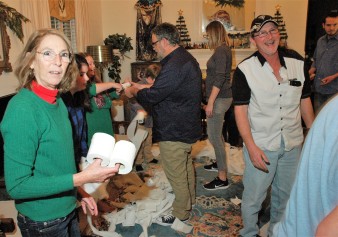 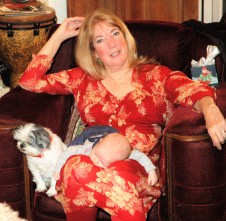 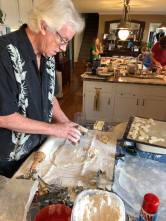 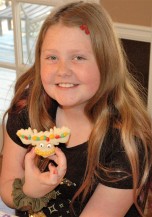 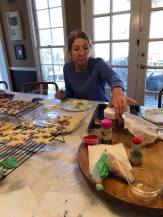 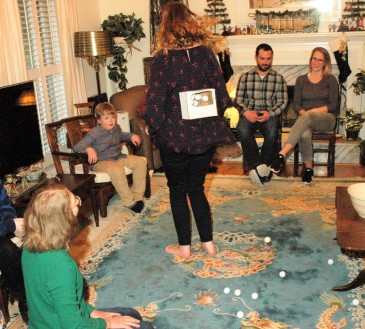 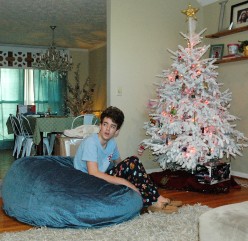 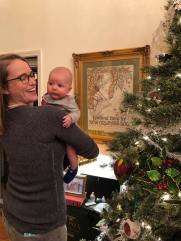 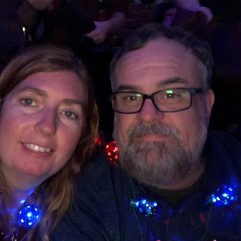 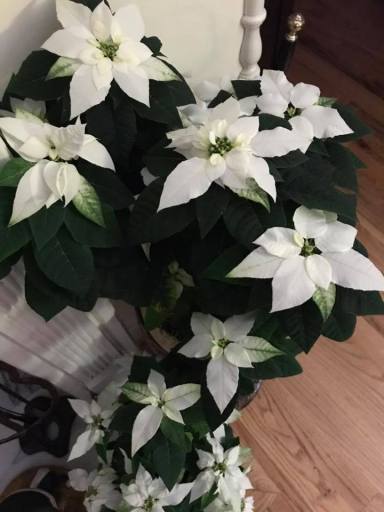 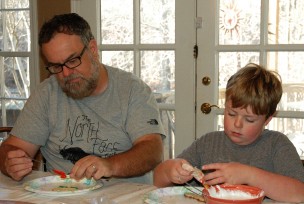 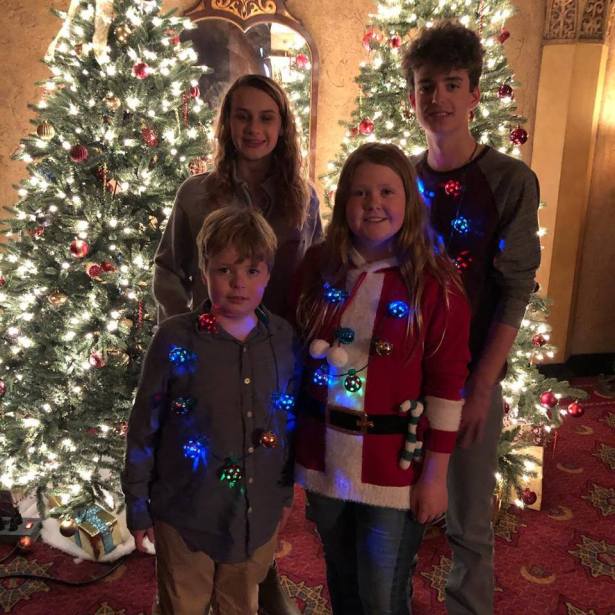