The Auction (what a show!!)

Before moving to Georgia, I always had two distinct impressions about auctions. The first was the “stuffed shirt” English fancy auctions you’d see on TV, with some dapper chap standing at a highly polished podium and auctioning off jewelry or artwork or some China-dynasty type glassware. All in a very refined, proper English manner, of course.

The second auction type was that of a livestock sale, with a bunch of animals milling about while cowboys considered the feasibility of either breeding, or eating, one of the wandering herd. My impression of this event was not refined, with the auctioneer speed talking as he adjusted pricing based on the crowd response. All accompanied by the assorted mooing and braying and whatever-other animal language careened around the livestock pens.

Now, the County Line Auction in Acworth, GA is none of these things. This is a local, country folks sort of thing where everyone either knows everyone or at least gossips about each other. Sheila has been attending the auction for more than 10 years and she first introduced me to the scene on my 2nd trip down from Jersey.

The auction, as it is simply called locally, is coming to an end. It’s been a family owned business for many years, and most recently has been run by son Troy. Troy’s father passed away in early 2017 and a decision was made to close down the business and sell the land, valuable for it’s highway frontage on the developing US Rt 41 corridor. Everything is coming down to 2 weekends, where all belongings, including buildings and contents will be sold at auction. And this is where we found ourselves these past two weekends.

Sheila is a serious auction pro, she knows what is good, what is junk, what’s over-priced, what’s a true bargain. She knows all of the regulars and they know her. So, walking into the auction with Sheila gives me instant credibility.

Of course, being an auction pro also means that our house contains the “bounty” grabbed from the auction. Sheila specializes in mid-Century Modern styles (stuff from the ‘40’s thru ‘60’s) and far-Eastern furniture and rugs, as well as select jewelry, old lamps, tea pots … and frames. Big, old, ornate frames, the kind we all used to see in our grandparents house when we were little (this assumes you are old, like me), with fancy gold embellishments all around.

Sheila does the most interesting stuff with these frames … most times she just leaves them as they are, which can include being chipped or maybe even missing pieces of the frame facade. The frame is always repaired to be in stable physical condition, with upgraded hooks, wires and supporting back pins. It’s also cleaned of any dust or flaking paint/gold leaf.

After the frames are “fixed” Sheila puts all sorts of things into them. Maybe artwork (paintings, lithographs, prints), sometimes photographs, mirrors are used frequently, even pieces of fabric. The net effect is a beautiful, old-yet-somehow-modern wall hanging that is totally unique. Take a look: 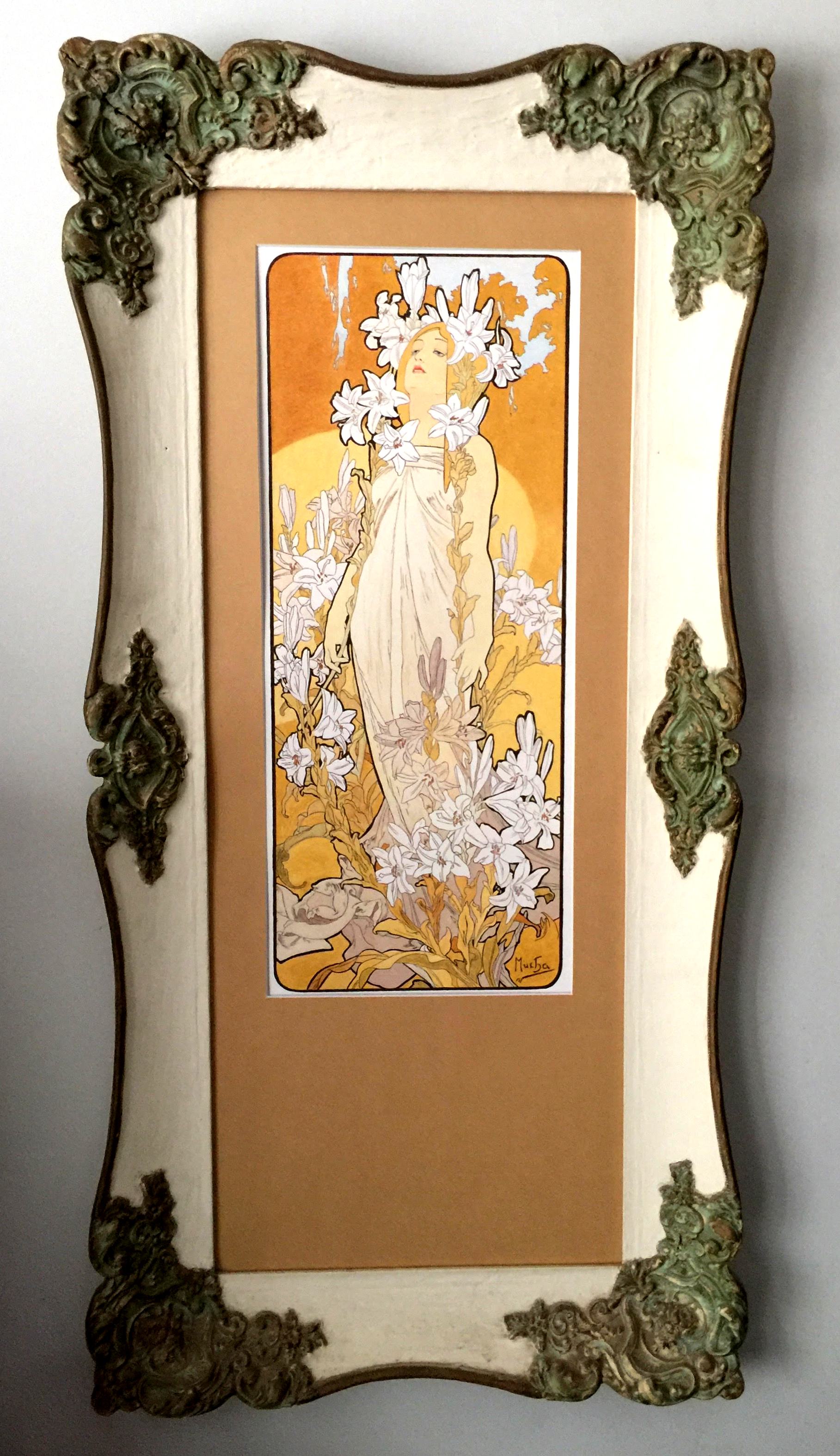 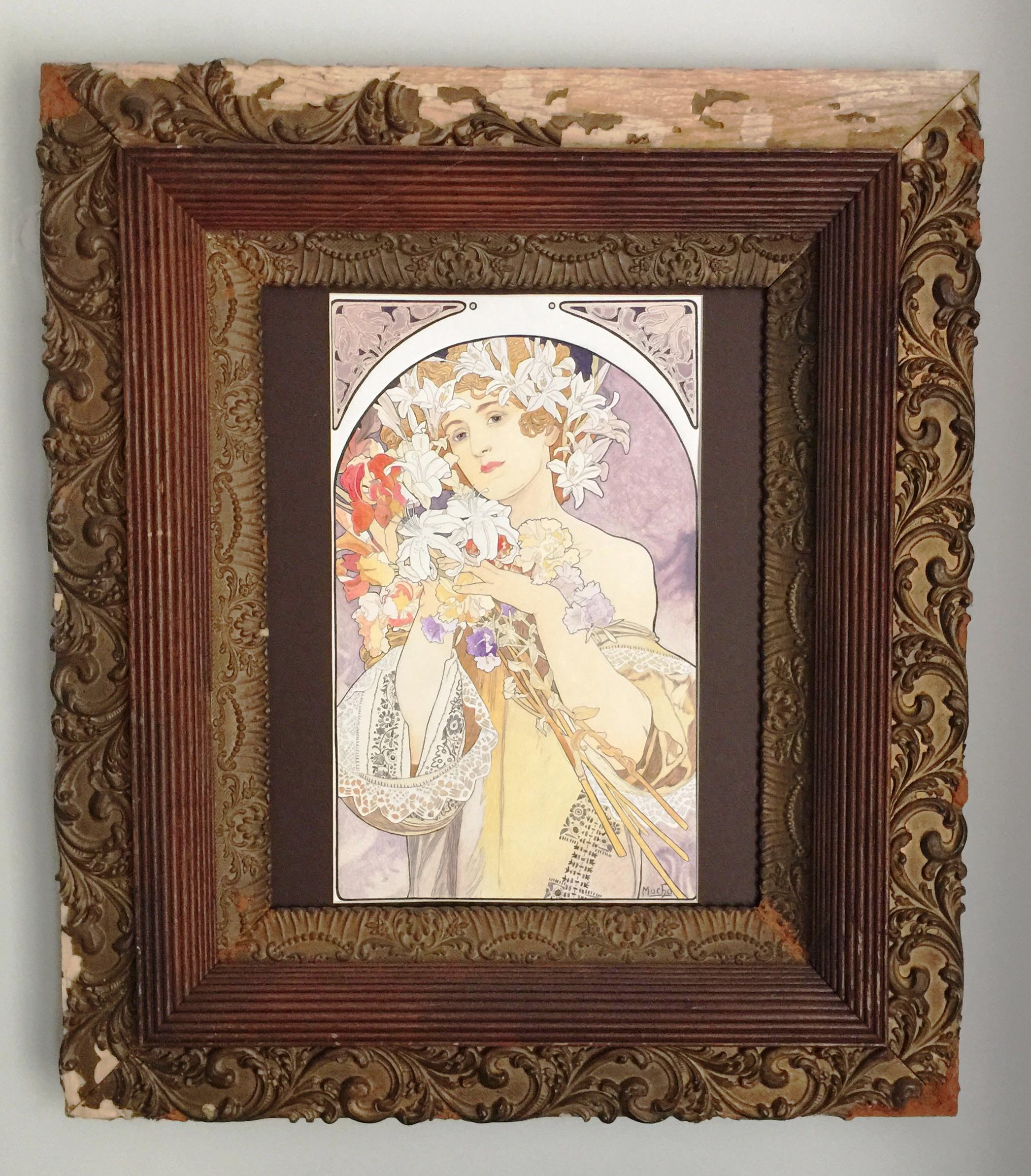 With the impending demise of the auction, Sheila made the most of the event! What a haul! Five trips with the SUV loaded (really) front to back with all sorts of things. Because it’s the end, they really wanted stuff to be gone so pricing was crazy super cheap and, if something wasn’t getting bids, they would pile more stuff into the sale.

Sheila really wanted a set of Pyrex mixing bowls, so when a big pile of junk ( seriously) wasn’t selling, Sheila told the auctioneer “Put the bowls with that and I’ll bid $5.00”. Done deal, so the bowls came with us, along with six pairs of wooden shoes, three Halloween-themed bird houses, some plastic pitchers, an empty soda can, a broken wicker trunk (really, really broken), a few pieces of el-cheapo ceramic figurines and other stuff including the half-broken table it was displayed on. 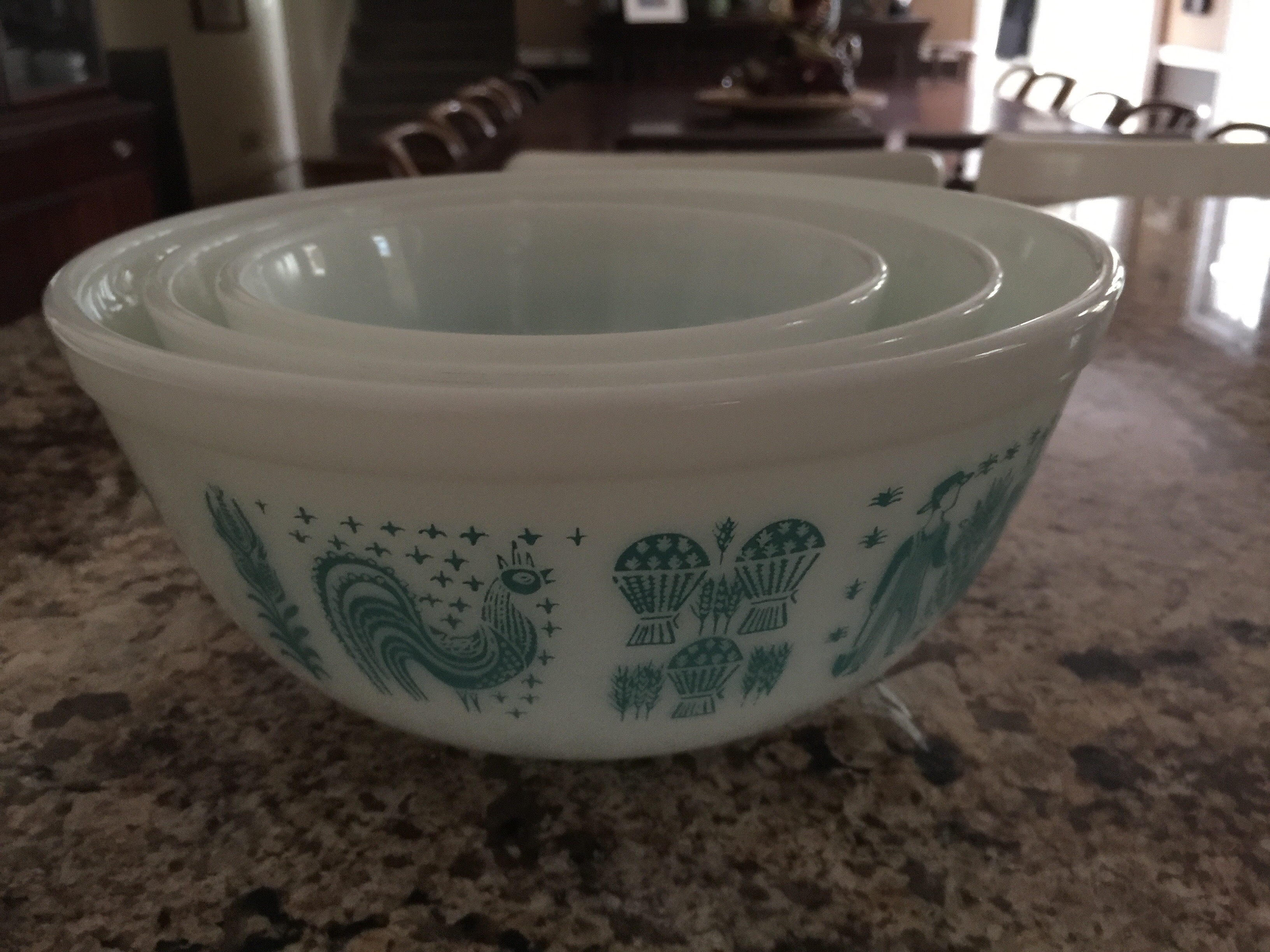 And the day went on like that, from 10:00 am until just about 10:00 pm, a solid 12 hours on the auctions next-to-last day. We did bring home a bunch of frames, some pretty cool old mirrors, four great chairs for our massive (seats 14 people!) dining room table (we only had 10 seats and would have to make-shift seating during big family/party meals), 6 other nice dining chairs that need a bit of seat recovering, some worth-some-money glassware that will be listed on Ebay/Etsy in the not too distant future, and an electric piano for the music studio (a Yamaha, very nice pro-level keyboard). Here’s some of the “haul”:

Weekend #2 at the auction was anti-climatic, since most of the really good stuff was long gone. Sheila and I cruised through but couldn’t find anything exciting left, although we were searching for some new/old light fixtures to put in our master bathroom (currently undergoing a “Sheila make-over”) … guess we’ll have to keep on searching

But that’ll be just a little less exciting now with the closing of the Acworth County Line Antiques & Auction. That was a fun place and we’ll miss it … a lot …