From Mine & Yours to Ours

Most of the people that read this blather I call a blog (and that’s quite a hefty number, surprisingly) are either old, like me, or at least in a pretty long term relationship (no, not 4 months … real long term, like years and years) (when did dating for 4 months start to become so meaningful?) (sure, it’s nice and all, but it’s just dating, right?). So, most of you probably don’t remember the start of your relationship and the setting up of ground rules. I certainly didn’t …

Somewhere along the line things went from “mine” and “yours” to “ours” around here. It wasn’t purposeful or intentional, we didn’t have any long discussions about it, no deep soul searching or extended introspective. It just, one day, was now “ours”.

I moved in with Sheila in October last year. Now, for that, we had many long discussions! We weighed the pros (waayyy to many to list here) and the cons (truthfully, couldn’t come up with even one) … Even tried out the old “Devils Advocate” routine, trying to find a reason to not live together. But it just made sense to both of us, so I relocated to Georgia.

Then the reality of having some formerly grumpy Jersey guy living with you started to settle in with Sheila (and I say formerly, because since arriving in Georgia my disposition did a 180) (by 180, I mean a complete turnaround) (explanation provided for the mathematically challenged) . Here’s a short list of things she didn’t expect:

Now, in fairness to me, I had to make some adjustments as well: 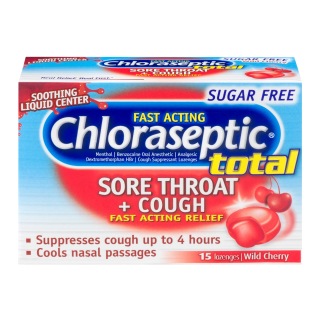 So, as you can see, we BOTH needed to make some sacrifices. I have a feeling I got the better half of the bargain ….

As we settled into life as a couple some things just naturally developed. A few of them we actually discussed in advance, a few just seemed to morph into the way things are today. For example, we had a real discussion about finances and how to handle things. Luckily for both of us, our money issues are non-issues (we both have been very fortunate in that regard) so it was pretty easy to come to an agreement as to how to handle our routine expenses.  We also discussed the mundane, like cooking and housework, and came to an agreement of sorts about how we would divvy up those tasks ( I do most of the everyday cooking, since I’m retired and Sheila still works) (and I’m learning to become more proficient in the kitchen) (Sheila takes over for the important meals, though). 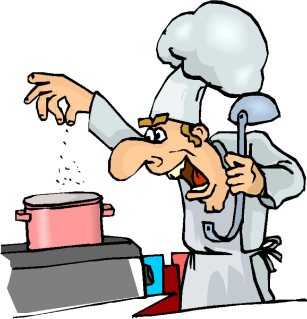 When we had these “daily life” talks it was always “You do this, I’ll do that”, a specific set of rules, for lack of a better term … Maybe guidelines is a bit more appropriate than rules, but you get the idea. “This” was mine, “That” was hers, and we slowly began to have some “ours” start to creep into our lives. One of the very first examples came after Sheila took me to a local auction house, where we bought about $300 worth of stuff and kind of split the cost between us. One of the items we bought was our (see? “Our” not mine/yours) snail vase. Somehow, this snail vase became the first, real tangible thing we could call “ours”.

One of the things we had decided pretty early on in our relationship and subsequent decision to live together was that family, to include our departed spouses, would always play a huge part in our lives. To that end, we have pictures of family (past and present) throughout our house (see, this is what I mean … for the longest time it was Sheila’s house, but now it’s our house) (same goes for the Spotswood NJ house … it was “my” house, but now we’re selling “our” NJ house). So slowly, family pics began to intertwine between clans, with it now simply being “family” pictures.

Our bedroom has a sizable walk-in closet and when I moved down Sheila cleared a space for me to put my 5 shirts and three pairs of jeans (j/k, she left enough room for 8 shirts), but as time went by we started to do our laundry together (just T-shirts at first, then jeans, and eventually co-mingled our underwear). We still have some laundry boundaries, mostly because Sheila is frilly and I’m, decidedly, not frilly, so we have to be careful to not destroy her stuff. But for the most part, the walk-in closet is now “ours”.

As we started traveling together, some vacation and some business, we began to collect little momento’s of the trips. These collectibles were beginning to get scattered throughout the house. When company would ask, “Where did you get that?” the answer started to become “WE got that in Savannah/Memphis/NYC/Vancouver/wherever”. Yes, there are still some things (quite a few, actually) that are distinctly Sheila’s or mine, but even there, we now both know how the item or momento was gathered and talk about these things in a joint-possessive tone rather than “That was hers/his”.

As Sheila and I talked about this very topic, leading into the writing of this blog post, we both realized that the hard-core definitive start of “ours” was when we got engaged. And in reality, absolutely NOTHING changed in our day-to-day lives, except that Sheila was no longer my “girlfriend”, I was no longer her “significant other” … we were now engaged and she was my fiance.  But the finances? Still the same. Chores? Still the same. Closet space? Well, that’s a losing battle for me, I waved the white flag of surrender and gave up any thoughts of hanging more than 10 shirts, 1 suit and three pairs of pants (I did, however, gain a complete 6 drawer chest and 1 nightstand).

Somehow, though, that simple “Yes, I will marry you” lapse of judgement on Sheila’s part was the significant turning point to “ours”, where suddenly everything became a joint custody arrangement. We sold two (nice) Bose SoundTouch systems on Ebay that I had owned for years before meeting Sheila, but the sale was ours, not mine. In kind, Sheila has had a fantastic Sonos sound system in the house for years, but that system is now mine as much as it is hers. I can’t fully explain how that happened, but it did.

And we still have a few things that are not in the “ours” category, like some savings set aside for the kids (note to children: It’s not all that much, please don’t get rid of us while we’re sleeping) and some rental properties Sheila owns. When you have more than 60 years under your belt BEFORE you meet there are bound to be some things that remain separate, but in general, all of our stuff is now mushed up in one big pile.

We’re getting married on September 19th in Destin Florida, on the beach, at sunset, during a small and intimate service, surrounded by immediate family. Lord, Laura’s long term (seriously, years, not 4 months) sig other, is an ordained minister and will be performing the service. Sheila will, undoubtedly, be crying the whole time … it’s already been decided that I will say our vows for both of us. The adults who will be at the service are all “Ours”-type couples, in long term (really, not 4 months, but years) relationships, married and otherwise.They are all family and Sheila and I both look forward to officially joining the “ours” couples that will be celebrating with us.