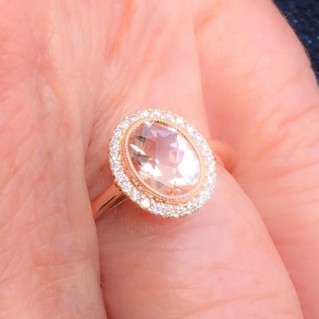 Sheila and I were in Oregon a few weeks ago for one of her business audits. I have previously posted in this blog about some of our Great NW exploits (ticking off multiple hipsters in the process after besmirching the character of the Portland/Vancouver region … oh, well …) but never really finished the discussion. On June 3rd, the Saturday after Sheila finished her audit, we were exploring some of the absolutely beautiful areas east of Portland and while in Hood River, Oregon, I asked Sheila to marry me and she said yes!
We have been talking about getting married recently, since it was clear to both of us that our now nearly 1 year old relationship had blossomed into a true love for each other, but hadn’t actually made any real decisions. While strolling in Hood River we visited a jewelry shop (Hood River Jewelers, beautiful unique custom jewelry) and Sheila fell in love with a ring. It was my intention to buy that ring discretely, have it shipped here to Georgia, and then ask Sheila to marry me on July 3rd, 1 year to the day we met. But we also visited another jewelry shop and Sheila also loved a ring she saw in there!
Remember, it’s me were talking about here …
I was now completely perplexed. Two rings? I figured I would talk to Laura when we got home, send her pics of the two rings and ask her which one I should get. (yes, yes … I understand the folly of taking that approach; never ask one woman to choose jewelry for another woman, even if they are your life love and your daughter) Fortunately, while we were walking after visiting store #2, Sheila said “You know, either of those two rings would be a nice engagement ring”.

We visited both jewelers again and Sheila decided on the Hood River Jewelers ring. To memorialize our day, we had a younger teen boy and his mother take our picture, letting them know why we asked for help with the pic and accepting their congratulations proudly.
We have since decided to get married in Destin Florida this coming September. Destin has been a family vacation spot for Sheila for many years, renting a unit right on Miramar Beach with some of the cleanest, most beautiful sand and water I have ever seen. The sunrises/sunsets are extraordinary, and we’ve chosen to be married on the beach at sunset with a small ceremony and just family in attendance. It will be simple and easy, but at the same time very meaningful to both Sheila and I after an intense past two years as our lives were turned upside down. 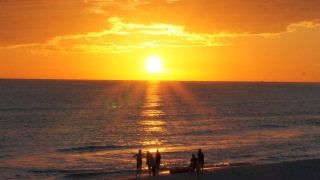 I am thrilled that this beautiful soul has agreed to marry me and we both are totally grateful for the blessings we have received in meeting each other. And, now that I have a chance to reflect on it, the proposal was actually pretty darn romantic!