I’ll actually save the information about the new bass until the end of this blog posting, mostly so I can end on a positive note. That being said, let’s do the Jersey thing and start negative …

Have you noticed how everything is, all of a sudden, alt-reality?  President Trump lives in an alt-reality world, the press/media are fake/alt-reality, Beyoncé is all of a sudden persona non-grata because she was pissed that Adele won awards instead of her and that is now the alt-reality of Beyoncés world (what?? Yeah, I don’t know either but that’s what I’m reading??) …. Jeez, I’m getting old and just don’t understand this new mumbo-jumbo …

Do I like President Trump? Nope, I do not, and it’s almost impossible to imagine that he is actually President of the United States. Do I like (choice is yours) Clinton/President Obama? Nope, I do not and I’m glad President Obama is gone and equally glad Clinton lost. All of our choices in these recent, and particularly the last, elections were bad and this go-round only time will tell if the lesser offensive person is leading our country or not. One thing I do know for sure, no one can make that judgement after only a couple of weeks in the job.

I have come to realize, after my brief 4-month stint as a Georgia resident, that the major cities on the East and West coasts DO NOT IN ANY WAY represent the views of most of the country. I realize that the major cities have population count on their side, but geographically there is a lot more “the rest of the USA” than the densely populated cities would like us all to believe. I have no proof, but I’m guessing that, on a percentage of the total population basis, the so-called fly-over states have many more people voting (% wise) than the big coast city states.

After spending some time here is Georgia, in an area that has some pretty good left-leaning Atlanta-influenced people and some pretty good right-leaning country-boys, I realize that the overwhelming majority of the people in this area are pretty much like me, not left or right, but center people. Escaping the liberal craziness that is the NYC-influenced region I’ve come to see that most people don’t think President Obama was trying to make us a Muslim country and most people don’t think President Trump is a reincarnated Hilter. Most people, here in the average central thought zone, are concerned with their families, their jobs, their hobbies. And most central-zone people don’t want to be force fed the alt-reality sputum that comes at us from both the left and right … sadly, that includes an awful lot of our friends who have joined the “I can’t think for myself so I’ll just be nasty” ranks of the righty and lefty world. 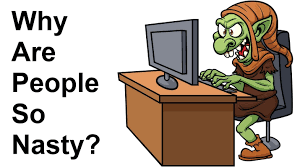 Here’s my alt-reality … I’m, daily, reading things in a world where people have completely lost their minds and no longer think for themselves. They have taken to reposting completely irrelevant nonsense about what ever political crap de jour they saw that hour, gleefully proclaiming that the President is, in alt-reality terms, either stupid, corrupt, perverted, communist, war mongering, anti-immigrant … Must I really continue this list? I’m not defending the President, trust me, I’m not, but how can any level thinking person call a multi-billionaire stupid?  He’s a friggin’ bilionaire, many times over (how are you all doing in that regard?), and figured out how to become the President of the most powerful country in the world … And people are calling HIM stupid?  Talk about alt-reality !!!

So please, I’m begging all of you, please stop with all of these “Pants-on-Fire” posts (just an example, there are loads of other garbage posts as well). Yes, the President lies … Just like the last 44 Presidents lied, they are all politicians, they all lie all the time … Yes, Ms Clinton won the popular vote but that isn’t how elections are decided and YOU aren’t going to change that by whining incessantly about it … Please, just stop it all, stop feeding me alt-reality right-leaning and left-leaning slop that you collected in your social media groups. I’m tired of hitting “delete” and “block” and “unfriend”. And I’d like to think that many of the people I know actually have more intelligence than they appear to express on social media … or maybe that was alt-intelligence??

Now, for something that is not alt-reality ….

I’ve been lusting after an Eminence bass for several years but haven’t had the opportunity to grab one until now. These buggers are expensive (you pay dearly for convenience) and while I was able to purchase one I just couldn’t justify the $3500 for what seemed to be a “novelty” … it was hard to mentally ignore the beautiful DB’s I already own. So what if they are hard to move around, it wasn’t worth paying that kind of coin just for convenience, right? Turns out, I was wrong …

This bass is the real deal, no joking around. It might look like an emaciated upright bass forced into a starvation diet, but the double bass details are there in full force.Full sized neck (for the bass nerds; 41.5″ D neck), fully adjustable bridge, good under a bow, soundpost, highly variable end pin (plenty of height, even for a tall dork like me), everything is double bass worthy … except for the acoustic tone, which is thin and soft. But once you plug it in it opens up just like any amplified double bass.

The cool thing about this bass is that it comes apart for traveling. The neck detaches at the body of the bass, effectively cutting the size down to something that fits into a standard hard shell golf club case. This is huge for those of us who have been moving these big boys for all of these years. Trying to get a DB onto a plane is a major PITA and the odds are good that it will arrive with some sort of damage.

With this Eminence bass design I can easily pack up the bass into the case, catch a flight up to Jersey and do a gig that night. Of course, the gig needs to pay more than $50 bucks for that to happen and those dates are getting to be few and far between.  Nonetheless, the opportunity to easily move this bass is there and I love it. I am available to come to you with the bass, but make it a good paying gig with a meal and some scotch, then maybe we can talk.

Speaking of music opportunities, it has been far too quiet on my end in that regard. A big chunk of the fault lies with me (okay, maybe most of the fault) (all right, all right … ALL of the fault), I have been very busy getting settled in here in Georgia and haven’t put much of a push into finding the right situation. And I’ve set some restrictive boundaries that I’d like to maintain: 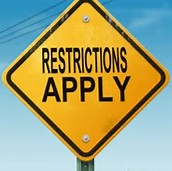 Now, the rest is up to me, time to stop messing around and either get serious or start selling some basses. I had lunch today with an old friend and it was embarrassing to have to make excuses about where my music “career” is/isn’t right now. I have enough junk to make excuses for, I don’t need to add music to that list.

So many things are going so great, it’s time to to make it all good … get rid of social media negativity (which has already made a huge difference in my feed by eliminating those nasty, politically biased posts and posters leaving me with good music info, nice personal life details from friends that haven’t hit the “unfriend” pile, even some cool dog video stuff), enjoy this beautiful new life with Sheila and get music back up and running the way it should be!