By sheilaned in dating, dolls, Georgia, girlfriend, New Jersey, retire, retirement, senior, Widowed on July 3, 2016September 11, 2017
One comment
This was one of the very first posts I wrote when thinking about blogging. It was posted on a site call Widowed Village, and excellent resource and place for widowed people to share common bonds. This was originally posted on July 3, 2016: 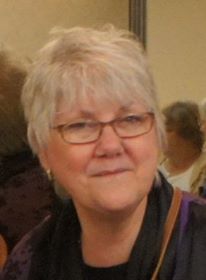 My wife passed away on May 25, 2016 just a three days after our 34th anniversary and just a few days shy of our 35th anniversary of being together, surrendering at last to a nearly 25 year battle with cancer. She had beaten cervical, breast and colon cancer over those years, but the final recurrence of a metastatic Stage 4 colon cancer was too severe and too aggressive for her to fight it any further. Cancer might have beaten her in the end but she left that bastard with some pretty good scars and bruises … she didn’t go down easy, that’s for sure.
While waiting for your admin folks to accept me, I’ve been reading through so many stories and remembrances of others here, and I have to say I’m thankful that my situation might be not as dire as some I’ve read. As anyone who is unfortunate enough to have to seek out this site knows, the loss is just staggering, but in a weirdly small way I almost feel lucky with the way my wife’s passing progressed. She was bed-ridden the last three months, but we knew what was coming and were able to really talk openly about how we were going to handle things at the end.  And, at the very end, she was hospitalized for three weeks, essentially drugged out on heavy pain meds so the pain wasn’t horrible and she passed quietly with both my daughter and I holding her.
With one exception (the death of my son at the age of 30) the last 15 years of our marriage were really, really good. Honestly, the entire 35 years were good, but the last 15? They were great! We certainly had our share of spats, arguments and full-out fights during all of that time, but we never lost sight of the love we had for each other. No one ever moved out, or slept at a hotel for the night, or anything like that.  The spat/argument/fight would be grand, we’d make up and then move on.
My wife, Bunny (her real name is Bernadette, but no one calls her that) is an artist (I still frequently find myself saying is, present tense, not was, past tense … and I see that I’m not alone in doing so), an art doll designer and instructor that was a sort-of big deal in the art doll community. She was (see, trying to get better at past tense) well-liked by all, loved by many, just a generally nice person with no pretenses or attitude, and if anything she was downright shy about her accomplishments. I was quite surprised by the volume of contacts I received after she died, literally thousands of emails, texts, FB posts, Tweets, blog posts, letters and cards. It was overwhelming to me; I knew she was in regular communication with many, many folks and groups, but I guess I just didn’t realize the extent of her reach.
Now, a little over 1 month later, I find myself still here, still breathing, still functioning. I have at least 1 horrible moment each day (at least 1, usually more) but it doesn’t feel crushing like it did the first week. I’m focusing on the really great life we were so blessed to have, and I’m so grateful that her ending days were not stretched out over many years of grueling pain. Despite her lengthy history with cancer, Bunny was always active and outwardly healthy in her appearance. It was only the last three months when she was, essentially, bed-ridden and gaunt that the disease was evident. Even in the past when chemo took her hair, she always looked great.  But at the end this 6’ tall Irish/Hungarian descent woman was down to about 100 pounds, a nearly 45% weight loss.
I was blessed for 35 wonderful years to be partnered to the most extraordinary woman I have ever known. I was also blessed to have been able to work with her to make a comfortable life for ourselves by working hard and planning, together. And I was blessed that she was able to withstand the avalanche of cancer cells that flung themselves at her over those years, while she maintained a cheery, positive outlook.
I’m still in disarray without her and I doubt that will ever change. Right now I have no intention of seeking another partner and zero interest in beginning any new relationships, even though I’m a sort of young 65. That might change someday, but I kind of doubt it. You always hear about folks being “bigger than life” or a “huge beacon of light” … Bunny was indeed all of that, and has set the bar so high that I cannot imagine anyone even coming close to reaching her level. But, I could also be wrong about that and I don’t want to purposely close that door, just not interested in opening it at this moment.
You also hear that some folks unrealistically idolize their departed spouses/loved ones, and I don’t want to give the wrong impression that she was without faults … far from it. As an artist she was in a constant state of disarray and her studio was always a mess. Her attention span was, at times, non-existent. And as you might expect from someone with Irish/Hungarian roots, her temper could be quick. But none of that detracted from her appeal to me; quite the opposite, I think it added to the mix.
I am completely broken in spirit now that she is gone, but eternally grateful for the 35 fantastic years we had together. My goal is to celebrate her life and try really hard to keep on moving forward … I know that is what she wants me to do. I write a lot in general, and it seems like it’s more now as I use it as a coping mechanism. I’ve learned a lot just from reading many of your stories and I already feel the friendship. Thanks for giving me a platform to release my feelings.
Peace, Ed

1 comments on “Starting a Blog”